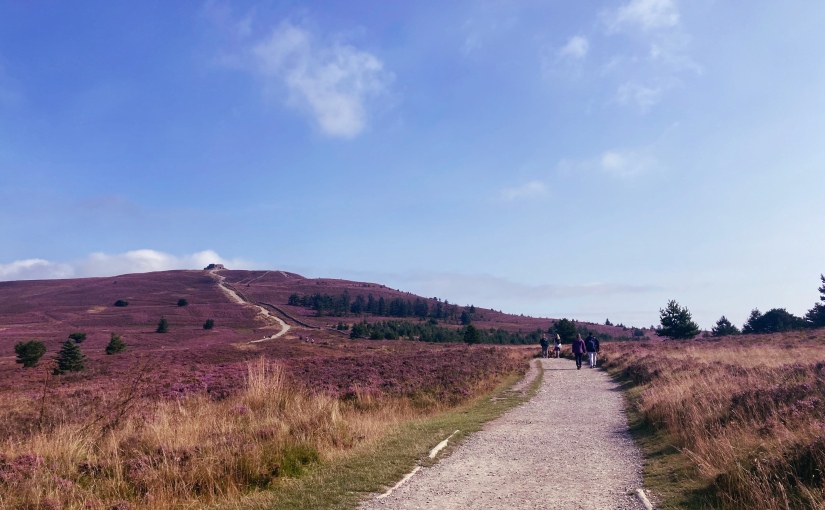 August bank holiday weekend in the UK, is often remembered for terrible weather and long queues on the motorway, but when a friend texted from my sober social circle, inviting me to hike Moel Famau (Mother Mountain), I couldnt resist.

The hill in the north east Welsh county of Denbighshire, is the highest and most popular of all the hills in the Clwydian Range, and at only an hours drive away from home, I am not sure how I’ve overlooked it all these years.

Being mindful of how heavy the traffic can get at this time of the year, and being an early riser, I got all my stuff ready the night before, and pretty much woke up, dressed, grabbed my backpack and drove one hour west.  Starting on a motorway, the roads gradually got smaller the longer I drove, with the final few minutes ending up on a small almost single track road in places, as I arrived in the The Clwydian Range area of outstanding natural beauty.

I got to the lower carpark pretty much as it opened at 8am, it’s a large carpark with toilets, picnic benches and a play area, the fee was £2 (cash only) when I was there, but there is also a smaller carpark further down the road, which had an card payment options.  My plan was to eat breakfast once I got there, enjoy the views and wait for the others to arrive, so with my overnight oats and a flask of coffee, I had the pick of the seating area, and chilled for a while. 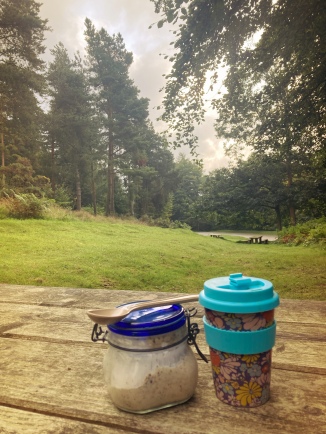 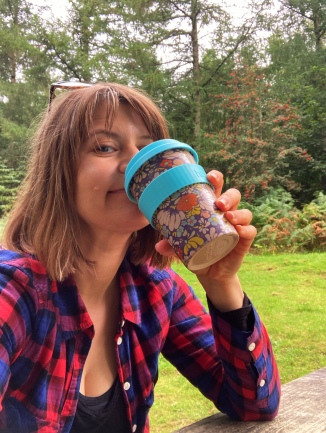 Important to note, there is virtually no phone signal in this part of the park, so if you are meeting other people, get your meet up details spot on. I briefly got a signal & texted one of my friends, who had actually parked further down the road, luckily they realised where I must be, and we all eventually found each other and headed up the trail.

There are multiple routes to the summit, I photographed the information sign at the top of the carpark, but had no idea which we were doing. My friends had all done the hike a few times before though, so with that in mind, I decided to do no research, and was just happy to just follow their lead. Turns out we were doing the Jubilee Tower Circular, one of the moderate tracks, but for those wanting something less or something more, there are plenty of other options. 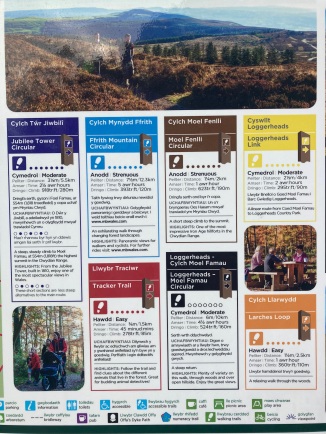 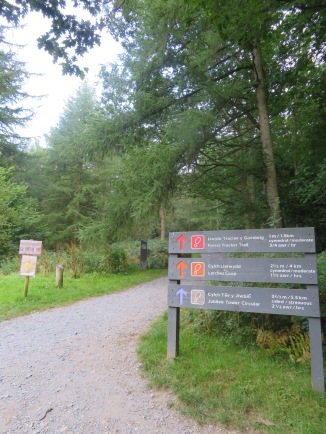 The hike was wonderful, the views spectacular, it was foggy at the start of the day, but as we began our climb, the fog lifted and the sun came out. With it being such a clear day, the views went on for miles, down to the River Dee, across the rest of the undulating hills of the Clwydian’s, and even over to Snowdonia in the distance with fields of purple heather all around us. 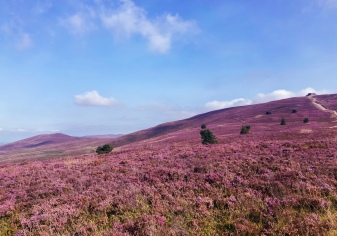 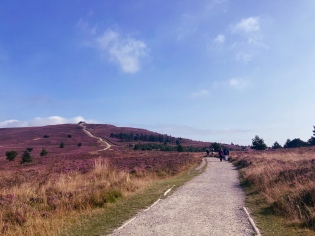 There is quite a steep bit to get your heart pumping at around a third in, but we found a bench to rest and hydrate, before continuing up to the summit. As far as hikes go, it didnt take that long to get to the top, at least not along this path we took, and as it was only late morning, it wasn’t too busy either. With the weather warm and sunny, we ended up sitting on the ground, eating our snacks, taking in the views and having a good old natter for maybe an hour! Usually at summits, its cold and windy, and you only have time for a quick selfie before you lose the feeling in your hands, but the weather was on our side, and as this is only actually a hilltop at 558 metres, (when you think Snowdon further to the west is 1,085 metres), you’re not really that exposed to the elements and can really take the time to appreciate the incredible scenary. 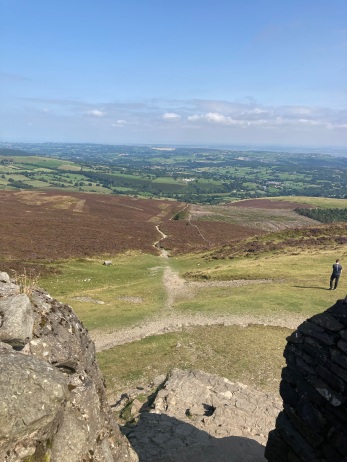 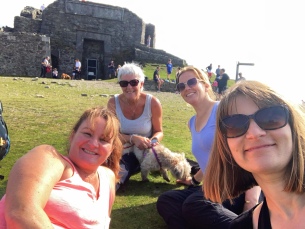 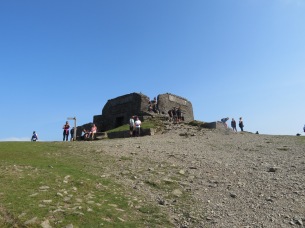 After about an hour, and almost losing the dog who ran off to chase a squirrel, we slowly headed back down, arriving back in the now almost full carpark. A quick change of shoes and one podcast later, I was back home, with that tiredness you only experience from a good walk and fresh countryside air. Bank holiday Sunday, done right!