I hadn’t heard of Wuhan, in the Hubei province of central China, until my friend moved there for a year back in 2014. It’s not really on most tourist travellers itineraries that’s for sure and there isn’t really any reason why it would be, its a super frantic, fast growing city, that sits on the banks of the Yangtze and Han rivers. Of course it’s now a place that pretty much the whole world has heard of thanks to a certain virus, but back then, it was pretty unknown.

Within China, Wuhan is well known though as being the main educational hub of the whole country and has an astonishing 59 Universities and colleges based here as well as a being a major economic and technology zone. I have never seen a place with so much development, scaffolding and cranes high up in the sky, a sea of sky scrapers and tall apartment blocks stretching as far as the eye could see.

But first I had to get there, beginning my trip in Shanghai was a great starter to Chinese travel, as it’s a pretty international city, so they are used to foreigners and English is spoken a little, so this allowed me to settle into the culture slightly, without feeling totally overwhelmed. Although you can fly into Wuhan, I fancied overland travel as much as possible, for the environmental aspect of course, but also relaxing on a train and seeing the countryside go by is far more pleasurable than being stuck inside an airport.

China has an exceptional train network including modern bullet trains, so we boarded the fast train for our 4 hour journey west, it was comfy, fast and friendly, I would highly recommend travelling this way. Loaded up with podcasts and tv on our iPads, we ended up passing the time with a sweet young boy who ended up watching cartoons on my friends device, whilst my other neighbour kept trying to entice me to eat the spicy duck neck he had brought with him, a local delicacy I was told, it was a memorable journey for all kinds of reasons. 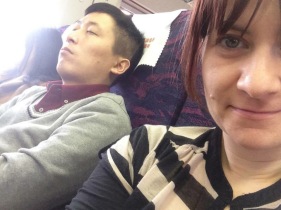 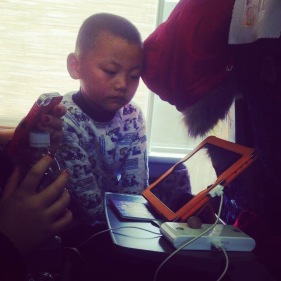 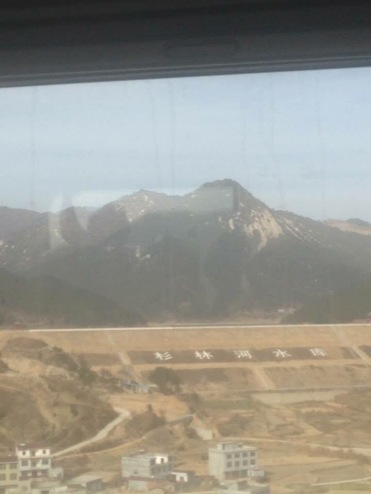 I booked all the train tickets before I left the UK, this was to ensure we got the exact days we needed, it was Spring Festival time, when literally millions of Chinese travel across the country back home to their families, so trains get booked up fast. I used China Highlights to book all our train trips and would use them again if I am lucky enough to return.

Once we arrived it was a short trip to the University campus where my friend was living and we spent the next few hours meeting up with her fellow students from all over the world, hearing about their adventures in China it was truly enlightening. We ate in a local noodle bar for dinner, a favourite with the local student population where it must have cost less than £1 for a main meal and drink and it was delicious! Then it was off out reliving my own student days from Salford, as we hit a local bar, worryingly called Wuhan Prison for some beers and my first attempt at a Chinese squat toilet, not that easy once you’ve had a couple of beers. 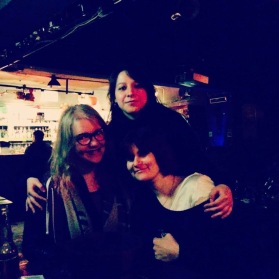 The next morning we grabbed breakfast at a local stall, for what was to become another one of those food dishes that I still think about today – Wuhan Hot Dry Noodles or ‘rè gān miàn’. Its a local speciality breakfast consisting of yellowy noodles, coated in a thick sauce with soy, garlic, chilli and sesame oil, oh boy it was amazing, it cost about 30p and was freshly cooked by the road side. 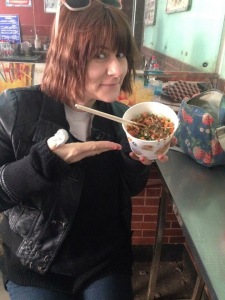 Then my friend took me off to explore her ‘hood, we wandered the streets, explored the local shopping mall, spotted a bride and groom having their wedding photo shoot, and amused ourselves trying to deciper the information signs at the local park. 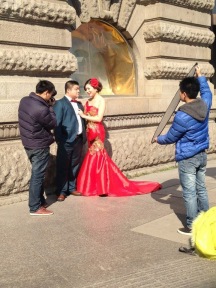 We made it to the banks of the Yangtze River & although it was pretty quiet along the promenade it seemed a popular place for families, I spotted bike rentals, craft stalls and if you fancied, you could rent a kite to fly. It’s Asia’s longest river and the 3rd longest in the world, so unsurprisingly there was quite a lot of ship traffic passing through and beyond the other side you could continue to see the forever growing Wuhan spread off into the distance. 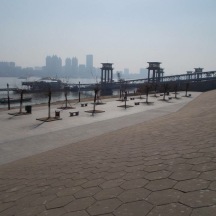 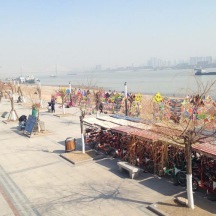 For dinner than evening, it was time yet again to experience some of the best food I have ever eaten, the colourful, messy and utterly delicious, Soup Dumplings. These delicate ‘soup basket buns’ are filled with a clear soup, that you have to quickly slurp up before it bursts. I was lucky having my personal friend/guide, who having lived in Wuhan for a few months knew all the best spots, and we treated ourselves to a large bamboo dish of rainbow coloured parcels, full of spinach, carrot and red cabbage. 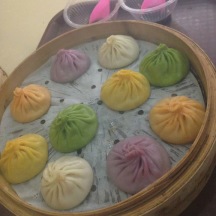 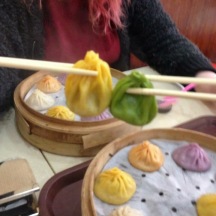 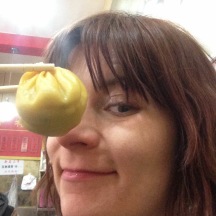 My final full day in Wuhan, started the same as the previous day, but this time we got our hot, dry noodles to go, complete with chopsticks and braved the Wuhan Metro system. Opened in 2004 with just 1 line in use, the metro has rapidly grown like the rest of the city to become the 6th busiest transport system in China, with 11 lines, 282 stations, and serving 1.22 billions passengers a year! 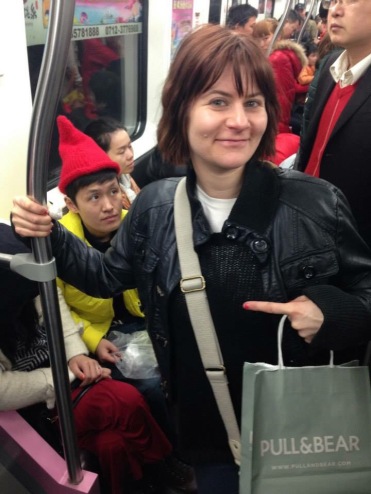 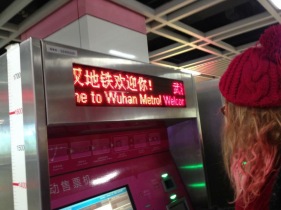 We hit local markets, practicing my none existent haggling skills to try and get some hair curlers, then shopped till we dropped in a mall, before getting our nails done. All the while, stopping to say hello to any cats or dogs that crossed our path, of which there were many. 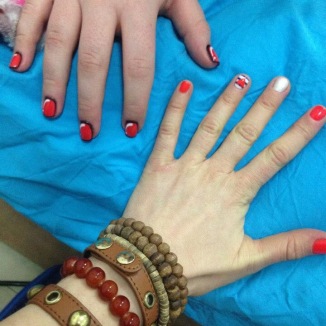 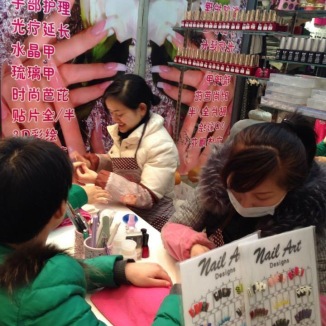 That evening after styling my hair with my new appliance from the market, it was time for another student night out, this time to a KYV or Karaoke Bar.  We rented a booth for the evening, ordered drinks and snacks including spicy deep fried lotus root and spent the evening singing American rock songs out of tune. It was great to have a few days just living regular Wuhan life, with no particular agenda, as the next morning we had a plane to catch, and a chocked itinerary ahead of us.

EATS – The main speciality in Wuhan is the hot dried noodles, and they are incredible, best served piping hot at a road side stall. The soup dumplings also cannot be missed, I wouldn’t have a clue where to go now in Wuhan, I do remember visiting a food hall in a shopping mall for some though. It was a slightly easier experience than having to navigate a menu in a completely unfamiliar language often found in the local restaurants, I guess it must have catered for the large number of international students in the area with part of it’s menu translated into English.

COFFEE AND CAKE – No cake discoveries as yet on this trip, there were too many noodles and dumpling dishes to try. That said, I did discover sweet cheese tea, it sounds an acquired taste and it was, but I loved it. It’s usually a green or black tea, made with or without milk, and served with a topping of salt covered cream cheese, oh boy it was good!

TOP TIP – Find a local to take you to the best spots and hidden areas of interest, or like me have a friend move there for a year! It’s a busy, expanding, working city, and although it does have a rich history, it’s not an obvious tourist destination, so you will need to come prepared in order to get the best from your trip if you want to get around.