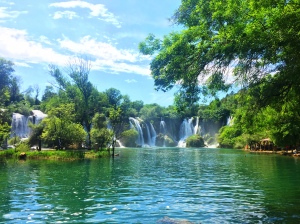 I rarely book organised tours for a bunch of reasons, usually I am on a tight budget for one and I like to explore places on my own, occasionally joining a free city walking tour if I want to learn more. If I am somewhere a little more off the beaten track or there is a unique experience that I can budget for though, then sign me up.  In the past I have done an organised hike up a glacier in New Zealand, a bike tour down the outside of Kilauea volcano in Hawaii (pre current eruption of course!) and a trip to see the Pandas in Chengdu in China.

With mum and myself only having 48 hours in Bosnia Herzegovina last month (Sept 2018), sandwiched in between Dubrovnik and Split in Croatia, we wanted to get the most out of our stay and see as much of the country as possible. I researched online and kept seeing the same company pop up with really good reviews, a local company operating out of Mostar called Mostar Travel. They offered a range of tours based around Mostar, as well as day trips across the region, so we booked on the Discover Herzegovina in a Day Tour as it seemed like exactly what were looking to experience, at 8 hours in length and about 7 stops on the itinerary, with a 10am pick up time too, it meant we had time for a nice early morning walk and coffee around Stari Most beforehand.

Our guide Vedad picked us up right on time by our hotel in the old town and that’s when we learned we would be the only people on the tour that day, as the others booked in had decided they wanted only to visit the Kravica waterfalls, so Vedad’s brother who started the company was going to take them there instead.

Once casual introductions were over with, Vedad took us for breakfast on the outskirts of Mostar, to a popular restaurant called Dva Fenjera for a massive breakfast burak and coffee. Once refreshed (stuffed!) we all headed back to the car and our trip began following the Neretva River south. 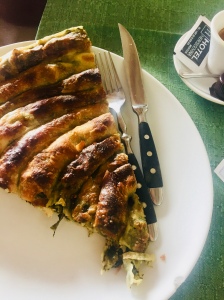 First up, not the most glamorous of sights to start with, but certainly an interesting stop was the Secret Yugoslavian Military Base. Mum and I found it fascinating, regardless of whether you have a historical interest or not, it’s located close to the small Mostar Airport and completely hidden from the main road.  A short walk off the main track though and you realise that tunnels have been carved into the local countryside to house airplanes, equipment and people, its dark, dank and full of rubbish, but was a compelling place to explore thinking of what activities must have happened here less than 30 years ago. 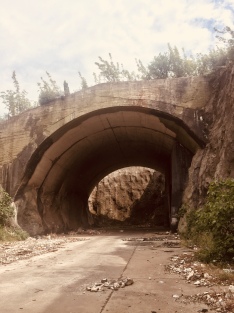 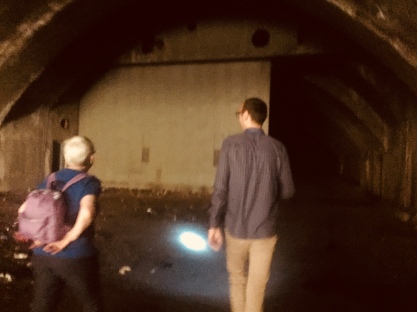 Back out in the sunshine and on the road, our next stop was supposed to be the town of Blagaj to see the Dervish house. Unfortunately so did 10,000 other people, as it was the one day of the year that a festival hits town, after trying to negotiate our way in to park, along with hundreds of other cars and large tour buses, we decided that even if we made it into the centre of Blagaj, the likelihood of getting to the Dervish house was slim. Although it was somewhere we really wanted to see, we admitted defeat and Vedad promised to take us somewhere else later in the day to make up for it, happy with the compromise, we did a quick ‘U’ turn and continued heading south into the heart of Herzegovina.

So our next stop was Bunski Kanali, a pretty countryside spot where the River Neretva which is the one that flows through Mostar meets up with the River Buna. It was on our way here that I began to notice the large numbers of vineyards everywhere, and made a mental note to research (or sample) some local wine on our return back to Mostar. 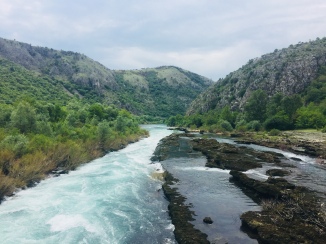 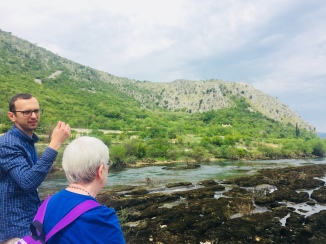 Once we had got the layout of the land, we continued to head south following the flow of the Neretva river until we arrived at the medieval town of Pocitelj. This fortified complex of houses, a mosque, a fort and a tower have been here since the 1400’s but was severely damaged in the Bosnian war. Since being placed on the list of one of the most endangered cultural heritage sights in the world though, many buildings have been renovated and it’s on the road to recovery. Vedad took us to the top by the tower and then gave us about an hour to explore on our own, we took our time admiring the views across the valley, peered inside the houses and the mosque, carefully negotiating the stone paths and buying fresh pomegranate juice and a bag of cherries from a lovely local lady. 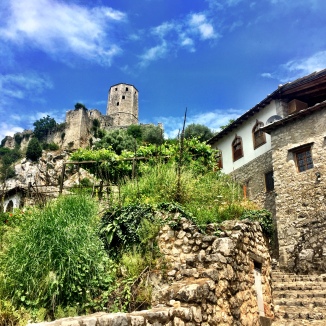 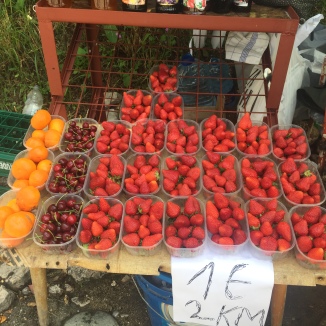 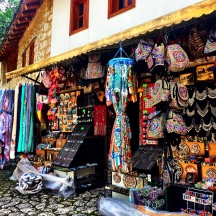 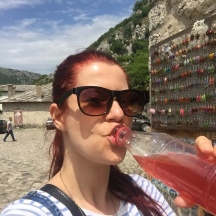 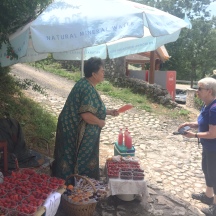 Then we were off, back on the main road south, passing even more vineyards and beautiful scenery until we made it to Kravice Waterfalls a popular waterfall and nature area, with places to swim, eat, drink and sunbathe. Although many visitors were being brave and entering the cool but dazzlingly green waters, we decided to stay on dry land, and once Vedad had taken us down to the water’s edge, mum and I headed off along one of the walking paths for a bit of a nature hike. As it was approaching mid day and the sun getting rather hot, we spend our second hour back by the waterfall under the shade of one of the local restaurants, with a lunch and a local beer. 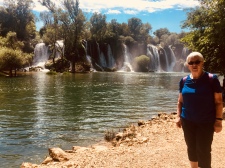 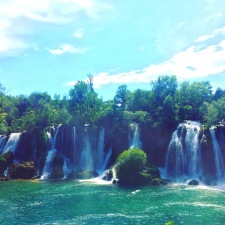 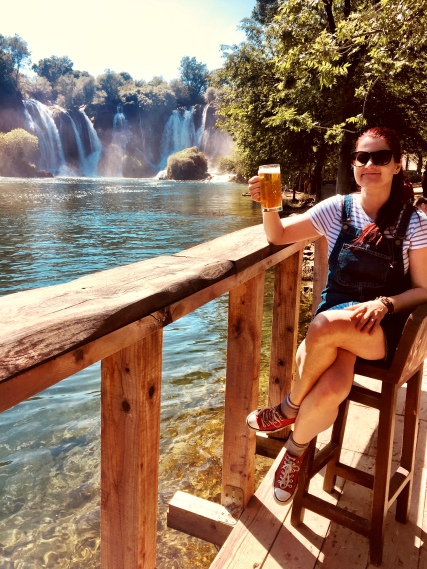 Ahead of the normal schedule because we had to miss out on Blagaj, Vedad decided to take us to the Catholic pilgrimage town of Medjugorje close to the Croatian border. The reason that so many people come here and specificially The Lady of Medjugorje Church, is that in 1981 a group of teenagers reported seeing the Virgin Mary in the town and the church ‘our lady’ refers to Mary herself. Since then, there have been a whole lot of other sightings, although none verified and some reported as hoax’s and the Catholic church itself is still undecided about giving it official pilgrimage status as yet. Although that hasn’t stopped the many bus loads of tourists visiting this small town, there isn’t much to see here other than the church and visiting the many many souvenir shops selling prayer beads, candles, key rings, t-shirts and whatever else you can print a picture of Mary and Jesus on. 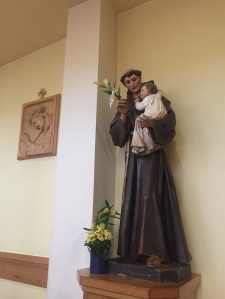 Our final stop was a windy drive up the side of Hill Fortica, where we sat and enjoyed the immense views across Mostar as our guide Vedad told us the story of the war and pieced together the story from his perspective.  He was only very young when the war was in progress but it was an event that effected his whole family and it made for a poignant ending to our wonderful day and has only whetted my appetite to visit more of this fascinating country. I must plan a visit to Sarajevo next!